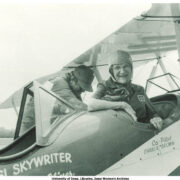 My talk is all a part of a Nancy Drew celebration and unveiling of the Nancy Drew collection donated by Jennifer Fisher.

The event is free, but attendees need to register here. I had a blast participating in a discussion as the Toledo Lucas County Public Library celebrates the 90th anniversary of the release of the first Nancy Drew Mystery Stories.

Tune in to discover the secret behind the first ghostwriter for the series! (Hint: I wrote a biography about her, found here: https://bookshop.org/books/missing-millie-benson-the-secret-case-of-the-nancy-drew-ghostwriter-and-journalist/9780821421840