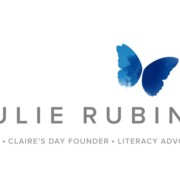 I’m supposed to be tending to my work in progress…my newest writing project about a group of incredible, strong women who overcame challenges and adversity.

My kind of story.

But I’ve just finished setting up the special little tree that we’ve created in honor of our little reader gone too soon, and my heart is still hurting, and between flashes of memories of Claire, my brain is thinking about watching the movie about Mr. Rogers yesterday with two friends who have also buried their children, and I just can’t write about anything else at the moment.

The movie was profound, and I teared up a number of times, as the journey between Fred Rogers and Tom Junod, the investigative journalist who was sent to do just a 400-word piece for a story on heroes in Esquire magazine back in 1998, struck multiple chords. There was a scene from a dream sequence where Tom was bedside with his dying mother. She told him that she knew he hung onto anger toward his father who abandoned them when his mother became ill. His mother told Tom to let it go. She didn’t need his anger. There was a scene where Mr. Rogers asked Tom to close his eyes and remain silent for a moment, just thinking about the people in his life who had loved him into being the person he was. Tears rolled down both Tom’s cheeks and mine, as I did the same in the theater.

After the movie finished, the credits rolled, the theater emptied, the lights went up, and a young employee waited patiently to sweep up the remnants of our popcorn, my friends and I reflected on the movie, and checked in with each other to make sure we were okay, given our shared experience of loss. 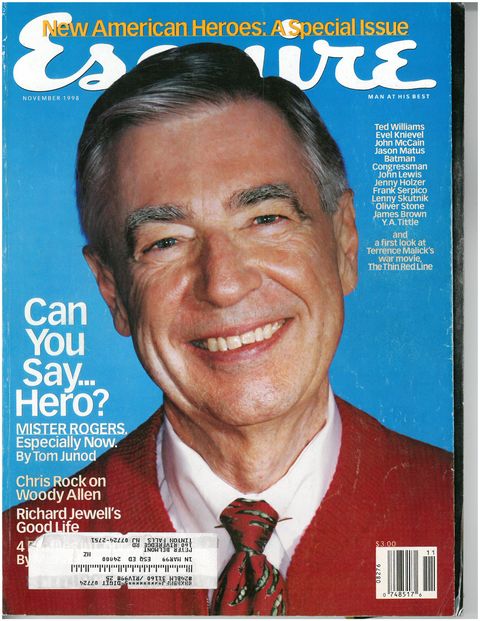 I knew that the movie was based on a story, so as I do after watching a film based on real-life, I researched and found the original article that Mr. Junod penned. What started as a small article became 10,000 words and served as the cover story for the magazine. As honoring and humbling as that would be for any writer, I can only imagine what a transformative experience it was for the journalist. The movie did a great job in sharing Mr. Junod’s growth through the process of coming to know Mr. Rogers. Despite the investigative journalist’s misgivings, believing that there was the public persona of Mr. Rogers, and then there was the man off-camera, Mr. Junod ultimately discovered they were one in the same.

Mr. Rogers was a faith-filled man. He read the bible, attended church, and he prayed for many people by name every day. Mr. Rogers prayed for people he met, he read about, complete strangers. The simplest prayer that Mr. Rogers would share was, “Thank you God.” When he prayed with someone, he created an unforgettable connection with that individual.

Mr. Junod wrote of Mr. Roger’s desire and ability to connect with people in the article. “Once upon a time, a man named Fred Rogers decided that he wanted to live in heaven. Heaven is the place where good people go when they die, but this man, Fred Rogers, didn’t want to go to heaven; he wanted to live in heaven, here, now, in this world, and so one day, when he was talking about all the people he had loved in this life, he looked at me and said, “The connections we make in the course of a life—maybe that’s what heaven is, Tom. We make so many connections here on earth. Look at us—I’ve just met you, but I’m investing in who you are and who you will be, and I can’t help it.”

So, that brings me back to where this all started. I was blessed to have a child we named Claire who brought light into my world and continues to shine it down on me. Through my loss I’ve connected with others as we make our way through our own grief journeys. I have incredibly deep ties with my husband and two children, extended family and dear friends.

Like Mr. Junod, I’ve struggled with anger and tend to run away or blow up when I become overwhelmed. And also like the journalist, I’ve been transformed by the connections I’ve made in life, by those who have loved me into being who I am.

I’m my own work in progress. I’m strong, I’ve faced adversity and challenges.

We all do. And we are all changed by those experiences and those who come into our lives to help us through them. Maybe we are living in heaven, here and now. I feel that way.

And for that, in the immortal words of Mr. Rogers, I pray, “Thank you God.”