My last post left you hanging while my husband Brad and I were getting air inflated into our motorhome’s severely under-inflated tires. Both of us were exhausted, from the anxiety of driving out of El Paso after an overnight snowstorm and having to deal with scraping off ice and snow from the motorhome slide outs. Note to self: Slide outs won’t slide in with snow and ice on them. Luna sat nervously on my lap, panting her anxiousness away. I tried to calm both of us by breathing slowly, in and out.

But…before I move forward, I must go back, back to striking out from Toledo on Brad’s birthday, Thursday, January 27, and driving to San Antonio, where our new-to-us motorhome lived temporarily.

In our planning, Brad and I figured we would drive the 1400-mile drive in leisurely fashion over the course of three days. I should know by now that Brad and leisurely fashion do not belong in the same sentence. Back in the day, traveling in our first motorhome with the kids, we referred to our trips as “Brad’s boot camp.” In all fairness, we’ve always had a dog with us on our travels, and they do tend to wake up in pre-dawn. Brad would throw a pot of coffee on, feed and walk the dog, and off we’d go, on to the next destination.

Since we were a day early on trekking to San Antonio, we had time on our hands, as we weren’t due to meet with the motorhome owners until Sunday, January 30.

Austin was right on our path. It’s a city that has a special place in my heart for several reasons. We traveled there as a family to attend the Texas Book Festival in 2002. We wanted to see the event that inspired Claire’s Day, the book festival we established in honor of our daughter in the flesh. A number of years later, my daughter Kyle and I returned to the city for our first-ever mother/daughter trip. Both trips left us with warm hearts and awesome memories.

This next trip to Austin would offer the same, thanks to the amazing author Meredith Davis and her family.

I’d never met Meredith. We connected after exchanging books through an online forum for writers of nonfiction for children. I won a copy of Meredith’s book, Her Own Two Feet, and in return, I sent her a copy of my biography of Virginia Hamilton. We kept in touch, emailing about our work, our families, our lives. When I told her that Austin was one of my favorite cities, she offered to make sure that if I was ever in town again, to get in touch so that we could meet.

Since Keep it Weird is Austin’s adopted slogan. Meredith didn’t think it weird in the least bit when I texted her and let her know that we were going to be in town and would love to get together…the next day. Meredith and her husband Clay even offered to pick us up at our hotel and take us all (including Luna!) to lunch at one of their favorite spots.

I imagine anyone watching us during that lunch at Polvo’s might have thought that we were old friends, getting together and catching up. That’s how it felt. We laughed, we nearly cried. We ate too much and needed to walk afterward. We wound our way through downtown, admired the new Austin Library (I didn’t get inside…next trip!), and rambled along the Colorado River on the hike and bike trail. It was a beautiful day, the path filled with all ages and stages. Teenage runners with their Air Buds in, young parents with babes in strollers, older couples leaning on each other as they slowly made their way.

At some point, Meredith shared that their son Nate and his band were going to be playing at a club just up the street from where we were staying. “Would you like to join us?” she asked.

Austin is known for the food and the music, and we enjoyed a variety of both. It was awesome to witness a live performance again, to let the music flow into our souls and come out our tapping feet. Nate’s band, Everett, were just as happy to be playing as we were to be listening. Their songs and stage presence felt joyful and fun.

The evening went by too quickly, but by 11:30, we were ready to roll. Meredith and I snapped a quick photo, a reflection of our take-a-chance get-together. The side trip was a lesson that sometimes wonderful things happen when you move too fast…one gets a chance to slow down with new friends.

We left Austin Sunday morning, excited to be meeting the owners of the motorhome that would soon become ours, deflated tires, and all.

Stay tuned for the next portion of the journey…the Wild West. 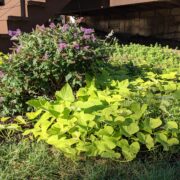 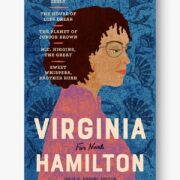 She was a gift to All